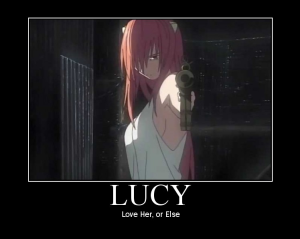 What can I say? I’m hooked on Anime and Manga. Mostly tragedies. (All the best ones are.) How good are they? Let’s just say, these tragedies make Shakespeare’s look like disney movies.

For the uninitiated: “Manga” is the Japanese equivalent to “Comic Book” or “Graphic Novel”. “Anime” is the equivalent of an “animated series.” I know eventually somebody is gonna blast my definitions here, but I’m trying to make things as simple as I can.

Otaku Journalist An interesting perspective on the state of Anime, and why certain flavors of it are looked down upon as low art.

I’m not even going to link to it, cuz…wow. At first blush, I really thought I might find the Trans theme that runs through it appealing… like, it would have been had, Pico, Chico, and Coco all been adult trans girls experimenting with their identities and their sexual selves. But the pedo-grooming aspect kinda hits home, not only with me, but even with cis girls I know, who like me, were duped by older guys while we were under age. True; Pico learns to stand on his/her own, and move on from the aftermath. Which I guess in some sort of sick… “No, no, no it’s a morality tale. There’s a lesson here. A way to show young girls and boys how to avoid such a trap.” the creators are apologizing for the pornographic nature of it all. I mean this series is not alone in doing this, but even I, super-Otaku Andi, have a hard time endorsing this series. So in case you’ve seen it, and wondered what my thoughts were. Now you know. I’m not a fan. I think it will live forever as a meme, and a snipe hunt prank for those new to anime looking for recommendations, but that’s all it really is… a curiosity. I mean, I’m not a prude. I’m usually in favor of things like this that have amazing shock value. But it’s just too exploitive, IMO.