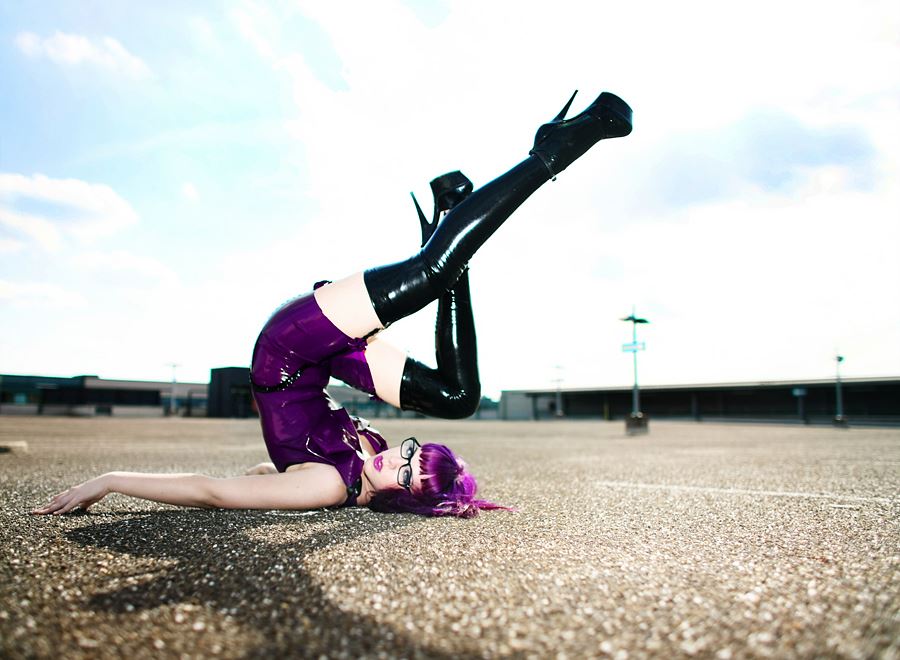 As you might know from my bio I’m a big nerd, and I’m also socially… inept. But I think I finally found a way of explaining my personality in a way that will make sense to everyone. And I have a little dog to thank for my epiphany.

My BF has this adorable little Teacup Chihuahua named Booger. He’s had him since before we met. He and his friends rescued a litter of them that had been abandoned. And according to him, the runt of the litter was very skittish, belligerent, and all-in-all no picnic to have around. Since no one else wanted him, he decided to adopt him. And for two weeks Booger did nothing but keep his distance from him, take a defensive position as far away as he could from him and growl and shake with anxiety. Eventually Booger warmed to him. My BF put him on the bed with him, and it curled up in the crook of his arm, and has been his best friend ever since.

Now when I entered the scene, Booger hated me. He is so cute! I wanted to squeeze him and cuddle with him. But he would never let me pet him or pick him up. He’d would run from me, shake with anxiety and growl and bark at me. I hated this dog. He was no fun to be around, but my BF kept saying he just needs to get to know you. I did not see any value in this dog. Why anyone would want it around? And the BF said it saddened him that no one ever saw how playful, and sweet, and loving Booger was when they were alone together. I just didn’t get it…until I moved in and Booger got to know me. Now I have the exact same relationship with the little guy as my BF. I love this dog!! He is the sweetest, gentlest, most playful and adorable little critter on earth, and it still follows that when a new person enters the room, he will hide behind me, and growl and shake with anxiety, and it occurs to me that I know exactly how he feels.

When people contact me online or eventually meet me, as some have, they are puzzled as to why I am so flirty, animated, lively, smart-assed, and fun in my stories and in my emails but not when they meet me. And it is very hard to explain. Around my BF and my small circle of friends – all of whom I feel very comfortable with I’m a hellcat. I’m witty, snarky, charming and fun. I feel safe with them, and so my full personality comes out. Similarly, I feel safe behind my wall of isolationism called the internet. But in public around strangers I am extremely susceptible to panic attacks, which aren’t pretty. I can’t breathe. I freak out! I literally believe that if I don’t get somewhere that I feel safe soon, I will die.

I can’t go anywhere where there are large groups of people alone. I have to take a friend with me. Places like the mall and the airport terrify me. Conventions are the worst. Unless I’m in costume. When in costume, I am that character in public, and as long as people only address me as my character and talk to her, and no one tries to talk to the real me, I’m fine. This is why I cosplay. Cuz I’m a huge nerd, and I love going to enjoy these unbridled celebrations of fandom, but the people really freak me out.

My first Comic-Con, back when I had pictures of me on facebook and wasn’t very careful with my identity, I went in costume, but I didn’t wear a mask. Someone I’d never met recognized me, and started calling me Andi (Which isn’t my real name, but it freaked me out anyway.) Now it didn’t help that this person got mad when I didn’t respond warmly and retreated from them. I was already starting to shutdown and freak out, and then this asshole made things a 100 times worse. He began shouting to the crowd, “She’s got a dick! She’s a tranny!” I felt completely betrayed, and I literally felt like I was naked in public, and that all the people around me were like those cascading waves of Zombies in World War Z  trying to devour me. I couldn’t breathe. My BF had to pick me up in his arms and carry me out of the convention hall and take me back to the hotel. I felt like a total ass that ruined everyone’s day. (I would find out later that this is called a “panic attack”.) So the following year we went to a smaller convention, and I wore a costume with a mask, and I became someone else. No one recognized me, and I had finally found somewhere to hide in public. Now, I always go masked, and I can finally have a somewhat normal experience.

This is also why when I DJ I do it under my DJ name and I wear a costume of sorts – lots of latex, brightly colored wigs and crazy makeup and such.

Yes, I know this is fucking weird! I’m not entirely thrilled about it either. But I am working on it. 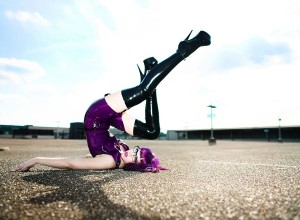 After I posted this, someone searching the internet for “paralyzing shyness” found my bio page as one of the top hits on google. And on that same search list was this article about how Keira Knightley has a very similar issue. I get how she would react the way she does. The Ice Queen thing, I mean. Everything shuts down. Her way of coping is less dramatic than mine. But it’s nice to know I’m not alone. [..annnnd now I can picture Keira and myself meeting at a party, finding this in common, and using it as an excuse to steal away from the crowd to have some sexy time :)]

Or this…. Definitely this in case Professor X is reading this page. IN which case, it’s all just cuz I’m a mutant.